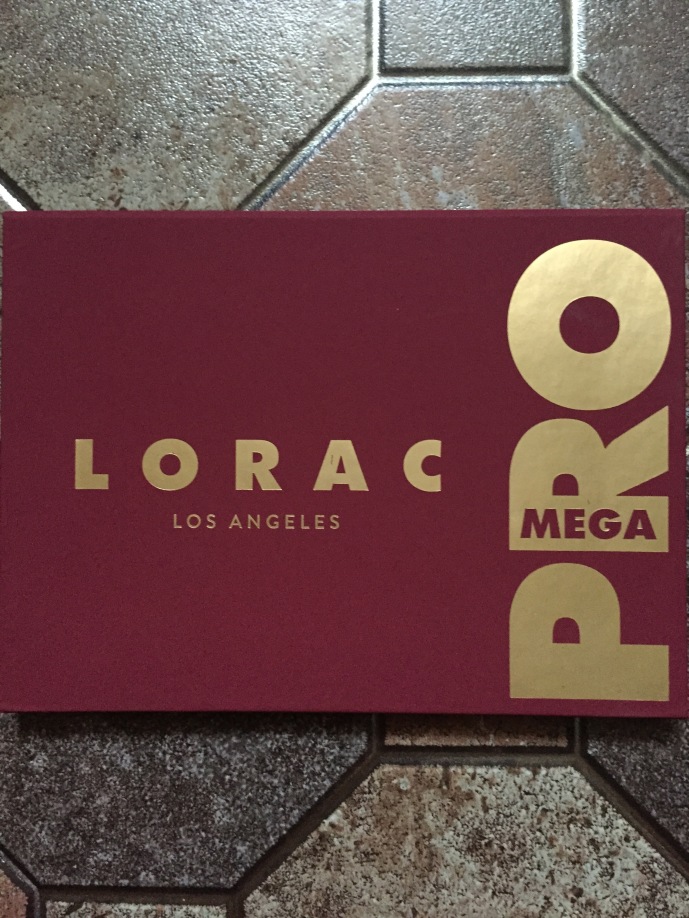 About a month ago LORAC brought back their original Mega Pro Palette, much to my delight! The initial launch in 2014 was a bit of a disaster since some people were able to purchase the palette ahead of schedule, and quantities were very limited. I was bummed when I missed the first Mega Pro, so I made sure I purchased both the Mega Pro 2 and Mega Pro 3 the second they were released at Ulta. The Mega Pro 2 was a bit of a fail for me, however the Mega Pro 3 is my absolute favorite eye shadow palette. How does the O.G. Mega Pro Palette hold up in comparison?

First off, the packaging of this palette is absolutely lovely. It is a sturdy burgundy cardboard with gold lettering on the outside, and a wonderfully large mirror inside. Cardboard packaging isn’t typically my favorite, but I feel like the shadows will be protected in case I dropped this on the floor (Update: I already have, and everything was safe and sound). 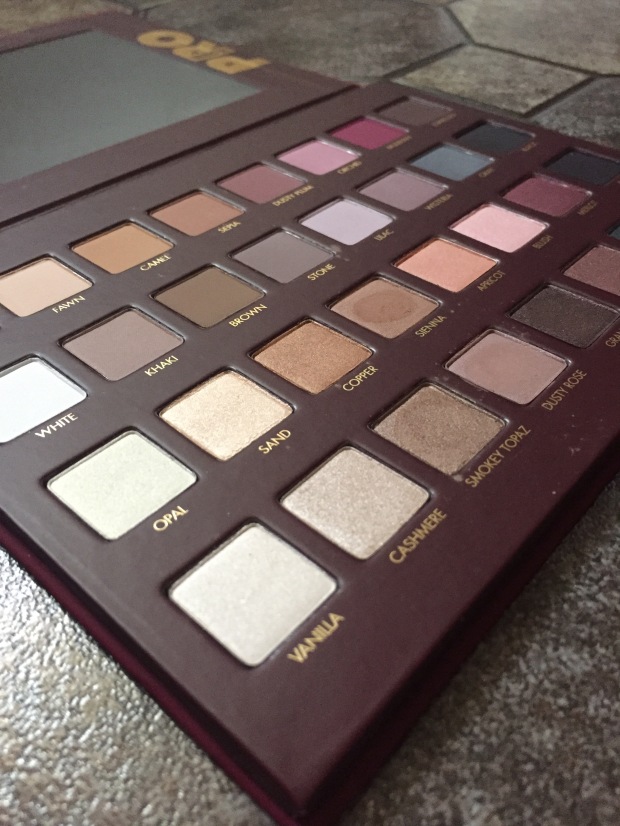 Now lets get into the important part: the shadows! I found that the shadows were pretty comparable to the formula in the original LORAC Pro Palettes. The mattes are creamy and the shimmers are striking and pigmented. The LORAC eye shadow formula tends to be a bit powdery and prone to fallout, however I always apply eye shadow before my face makeup no matter what. This allows you to be messy with your eye shadow without ruining your base makeup.

I did find that the darker shades in the palette were more dry in consistency and sheered out pretty easily upon application. The fact that the darker shades are sheer doesn’t necessarily bother me since they’re build-able, however the dry consistency is an issue for me. This means that the shadows will be more likely to fade quickly throughout the day. The “dud” shades that stood out to me were Black, Caviar and Espresso, which truthfully isn’t a huge deal  to me since most standard palettes have a black or dark brown included. I can easily use another palette for those colors and be able to complete an eye look. 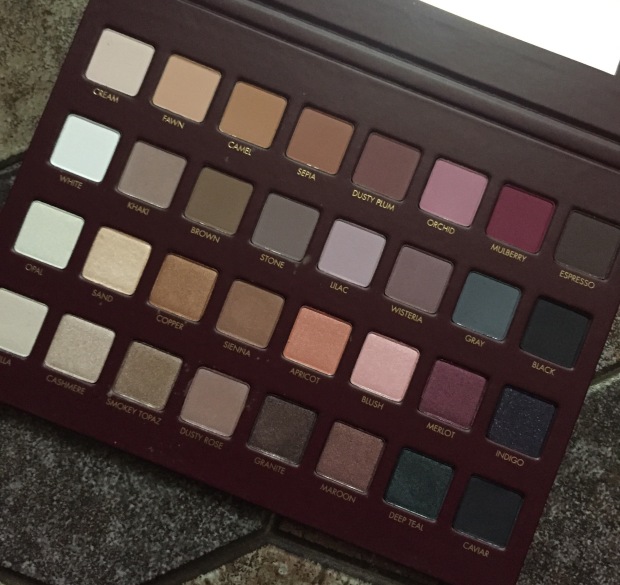 The color selection was intriguing to me since this is a very neutral palette. There are three “pops of color” which are Mulberry, Merlot, and Deep Teal; All three shades are nicely pigmented and very pretty. Indigo is the only glittery shade of the entire palette (thank God), which is a black base with multi-colored glitter running through it. It’s a pretty shade, but I’m not entirely sure I’ll get much use out of this one since I’m not a big fan of glitter.

The rest of the palette is truly neutral; the majority of the mattes are a beige or brown of some sort, while the shimmers are also beige with a pink or champagne thrown in the mix. I have to say, this is the perfect palette for work – the colors are not too jarring and you can easily achieve a subtle or dramatic eye look. On one hand I can appreciate a well crafted neutral palette (which this definitely is), but on the other hand the color scheme is a tad boring to me.

I remember when the Mega Pro 3 came out, many bloggers and Youtubers were critical, stating that the colors were a snoozefest. I was personally obsessed with the Mega Pro 3 since the selection was neutral, but still somewhat bold. The colors were wearable for any situation while being different from anything else I owned. The shade Cider from that palette is still my favorite lid shade and Pecan is the most gorgeous matte shade I’ve ever seen.

Final verdict: would I recommend this palette? If you’re just starting out or you are drawn to shades that create easy but put together looks then absolutely. However, if you own a neutral palette or two then I think you can skip out (and buy the Mega Pro 3!). 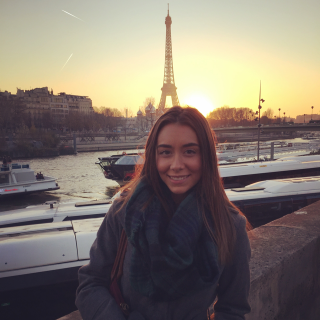 I like makeup, movies, music, reading, writing, and Netflix.